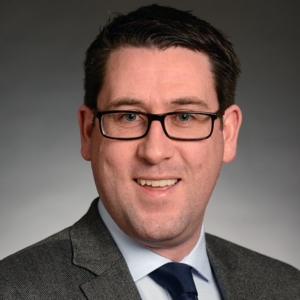 Cormac McCarthy is a graduate of the Royal College of Surgeons in Ireland (RCSI), obtaining an Honours degree in Medicine in 2007. He completed higher specialist training through the Royal College of Physician of Ireland (RCPI) and was awarded a Certificate of Satisfactory Completion of Specialist Training by the Irish Committee on Higher Specialist Training (Respiratory and General Internal Medicine) in 2017. He completed a PhD in Medicine in RCSI in 2015 with a thesis entitled “The role and importance of glycosylation for the function of alpha-1 antitrypsin and alterations in response to acute infection”.

His primary research areas were on the molecular mechanisms of lung disease, utilising pathogenesis approach to develop new therapies. He continues to have a strong interest in all lung diseases, with a particular focus on interstitial lung disease, rare lung disease, cystic lung disease syndromes and obstructive airway disorders.