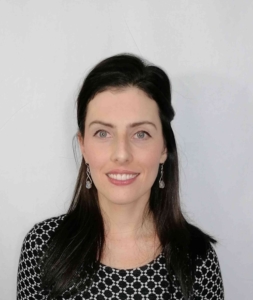 Dr. Róisín O’Flaherty earned her BSc in Chemistry at Maynooth University and a PhD in Glycochemistry at Maynooth University, Ireland in 2012.  She travelled to Australia to do a Research Fellowship in Glycochemistry at the Bio21 Institute, Melbourne University. In 2013-2015, she then worked as a Process Engineer in Intel in Leixlip, Ireland and then subsequently joined the National Institute for Bioprocessing Research and Training (NIBRT) in 2015, Ireland as a Senior Post-Doctoral Researcher utilizing her expertise in automation in the field of Glycoscience. In 2019, she was appointed Research Manager in the Cell Technology Group at NIBRT and worked on post-translational modifications in mammalian cell cultures before relocating to join Maynooth University as an Assistant Professor in the Department of Chemistry in 2020. She is responsible for the creation of some of the world’s most advanced automated glycoanalytical technologies, including one clinically validated and INAB accredited method for Classical Galactosemia in conjunction with the Mater Hospital. She heads up two labs at MU, one on glycoanalytical technology development and a mammalian cell culture lab. Her research focus is in the optimisation, purification and glycan characterization of complex biological matrices (e.g. blood serum, milk, and biopharmaceuticals (e.g. mAbs, erythropoiesis-stimulating agents, mainly expressed in CHO) towards understanding complex glycan processing pathway alterations during disease states.