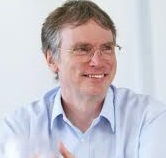 Professor Emeritus Herbie (David Richard) Newell, CBE, is Professor of Drug Development at the University of Sunderland and Emeritus Professor of Cancer Therapeutics at Newcastle University, England, UK. He was Director of Translational Research at Cancer Research UK from 2006 to 2009, and the founding Scientific Director of the Northern Institute for Cancer Research at Newcastle University.
Professor Newell was involved in the development of the registered cytotoxic anticancer agents carboplatin (Paraplatin®) and ralitrexed (Tomudex®), and the first-in-class PARP inhibitor rucaparib
(Rubraca®). He is an author of over 230 scientific articles and was Editor-in-Chief of the journal Cancer Chemotherapy and Pharmacology until 2016.

In addition to his academic work, Professor Newell has consulted extensively for both pharmaceutical and biotechnology companies, and until 2016 he chaired the Medical Research Council Development Pathway Funding Scheme. In 2011, Professor Newell was elected to the UK Academy of Medical Sciences and received a C.B.E. in the 2019 New Year Honours list.

Prior to the tragic early death of Professor Roz Anderson, Professor Newell was acting as an advisor on the cystinosis project and agreed with Roz before her death that he would take over the role of Principal Investigator.